Android Spying Tool: Does Your Child Deserve It? 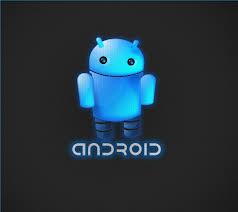 If you are reading this article, then you may already be familiar with the Android spying tool. But if you aren’t, let me give you a brief explanation.

The information that you can get is quite relevant. For example, you can find where the phone is on Google Maps or another similar service. You can also see who the person using the phone has been in contact with by getting access to a log that shows the numbers that have called the phone as well as the numbers the phone has called. As if it were not enough, you can also read any text message that was sent or received, even after the text message has been deleted or erased.

The answer is not easy. It depends on the values of the parents, their definition of privacy, and the behavior of the child in question.

What is privacy? And more importantly, is it a given right or does it have to be earned? Those two questions have to be answered by the parents before getting the software, as privacy is highly subjective. For example, while we all agree that children and teens have the right to some degree of privacy, the limits of it are not the same for everyone. While a teen has the right to change clothes with a locked door, a child that still hasn’t learned to dress himself does not.

Is privacy related to cost? Some parents believe that children have no right to privacy when using a phone since the parents are the ones that are paying for it. In this case, privacy is earned when the child is able to pay for his phone or at least for his phone credit.

You’ll have to decide whether using the Android spying tool to supervise your child is the best thing or not, depending on how you feel about it.